15 movie-themed costumes for groups to try out

This is gonna be all over the place. I couldn’t even begin to start sorting through the many options. Mainly because I’m not really into costumes.

But a lot of movies and movie characters and movie teams do lend themselves to this idea.

So this is gonna be a wild swing of a post. Relative anonymity is an asset during such occasions. The pressure is self-inflicted and can be ignored with a bit of critical thinking.

So here’s my attempt at movie themed costumes for groups to try out at cons, I guess?

But here’s a list of great merch to start you off: 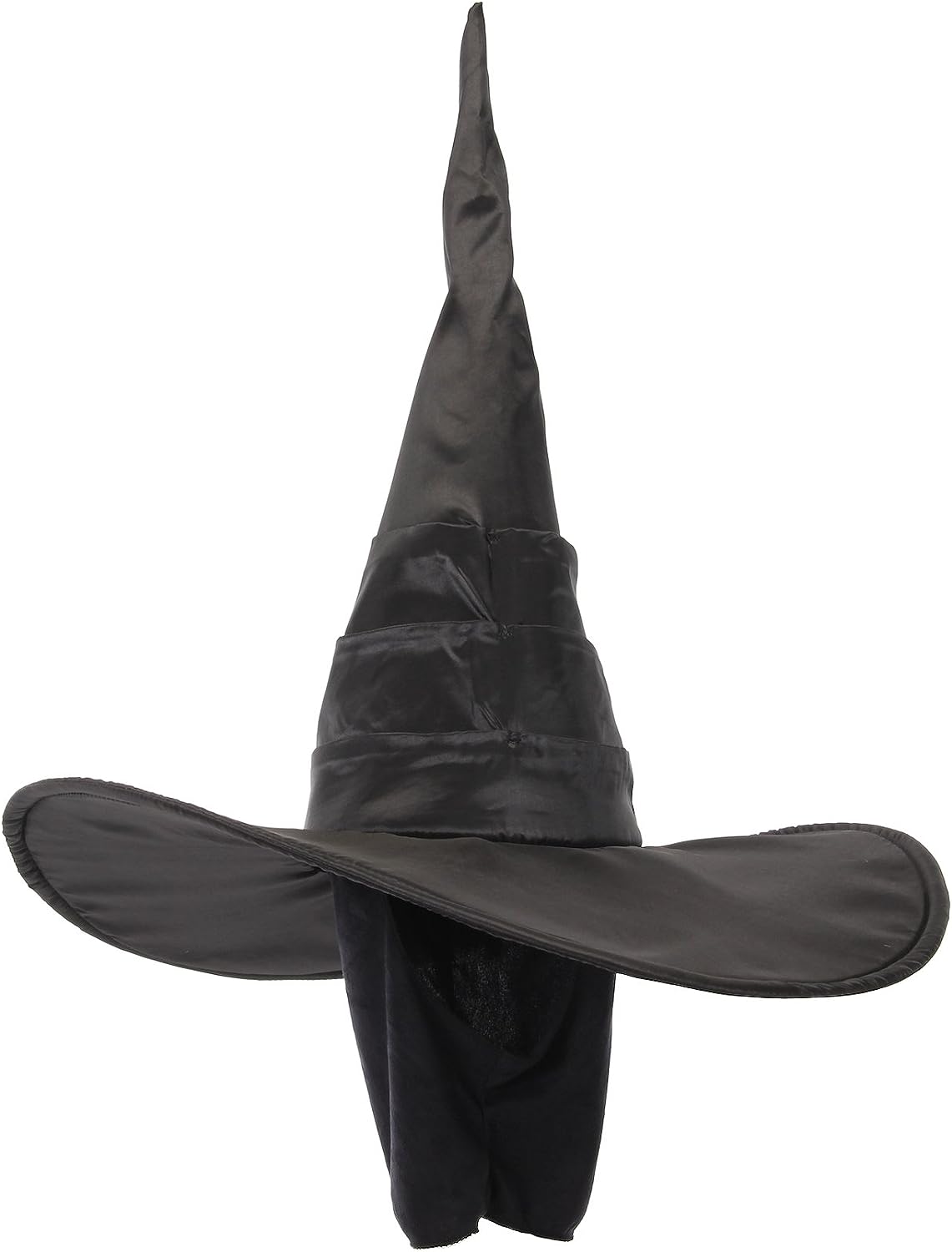 Surely something can be done with the witch hat worn by the wicked witch. Perhaps, something to do with an Oz-themed group.

Specifically the one Hattori Hanzo crafted specifically for the vengeful protagonist. It can be repurposed for any samurai based group. They are littered throughout popular media after all. 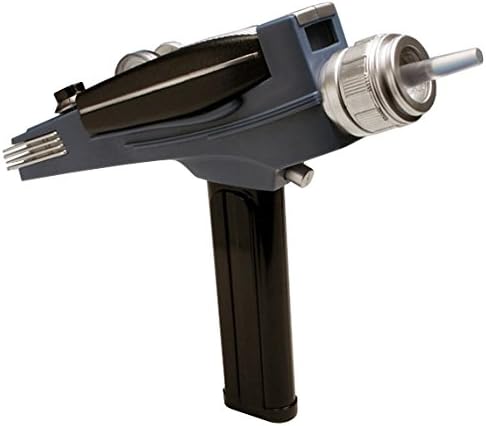 If you’re going as a Trekkie, you could use a Phaser. How about this premium-ish replica based on the original series Phasers? 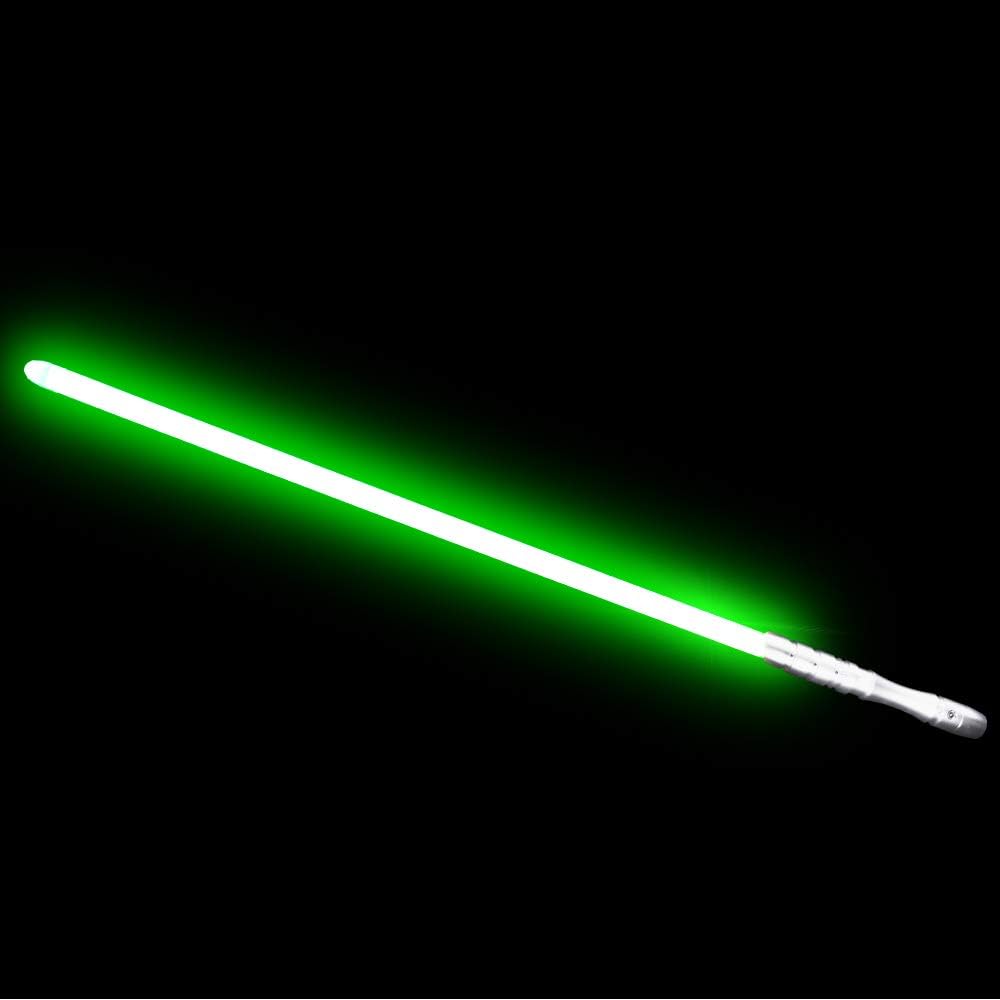 Sticking with monster IP, we have lightsabers for the Star Wars crowd. Goes best with stormtroopers. Maybe stick it through the helmet or something, to make it look like you crossed paths with the wrong crowd. More for dress-up than a collector.

But if you’re still down from MCU hangover, you can stick to the Endgame white, red and black suits worn by the team on their mission to whenever.

Despite my claim that I got past the self-inflicted pressure, I’m starting off with a safe option. So safe it barely registers. Like the recent remake. Oh, totally expected burn.

But to be fair, they use more-or-less the same costume. So you can dress up as the original Ghostbusters or the recent less-successful ones.

And fans will recognize the difference and drag you into a flame war that you had no interest in.

The 1984 original is a sci-fi comedy classic with memorable scenes and characters. The recent one was released in 2016 and Kate McKinnon was in it.

Now for an option out of left field. How about Star Wars?

It’s popular. It’s been popular for decades. The options for costumes are numerous. And Disney knows it. So they create characters to add to the list of costume options.

You have your Jedis. You can be Padawan or Master. Or even a council member. One among the group could even rock the Sith Lord look. For a little diversity.

You can even dress up as whatever Anakin is.

Then, of course, you have one of the most overused group costumes in the history of cons and the movies that appear at these cons.

The Deathtrooper from Rogue One could be thrown in for a little flavor. And talking about Rogue One, if the rather bland and undeveloped Jyn Erso caught your fancy, she can be part of the troop too.

I couldn’t even begin to recommend the right suits for the property. Considering that I’ve watched 2 of the 3 recent movies. Not even Idris Elba could convince me to watch the third movie after watching Beyond Darkness.

You can go retro with the Next Generation outfits. Or even more retro with Shatner and Nimoy. Embarrassingly, all my favorite Shatner moments are with his interviews on Craig Ferguson.

And I certainly didn’t check out the new Discovery series. At least we got a good Walking Dead kill out of that one.

Cheap suit and cheap glasses. All that you need. Maybe bad 90s hairdo to complete the look.

Oh and great lines and great attitude. With a story that reveals itself slowly with a few outright shocks. You’re all set. Oh and blood packs, sudden shootouts too.

You’ll be the phantom hit of the con.

I’m inclined to post links to Japanese school-girl outfits. And I probably will.

The movie group that was part of one of movie history’s most grisly one woman vs army scenes.

A group of killers with martial arts training and a variety of weapons.

No matter your gender, you’ll need the masquerade mask. And a death scream to go with it.

The main outfit, well, yeah. Japanese school-boys and school-girls. Blood packs too. Do you think Tarantino is responsible for a lot of the violence we see today? Surely he is to blame.

You’d distinguish yourself with your weapons. A sai here. A katana there. A mace maybe.

This was ready-made for group costumes. Not much else though. But the costumes were great.

You could have the most charming person in your group, having an off night, dress up as Deadshot.

Just you guys hitting the town dresses as Harley Quinns.

The one who tends to join the group late and doesn’t add much to the fun can dress up as Katana. He/she can carry her own katana.

One option for the ladies. Another for the men. Add kiddie options as per requirement.

Orange is the New Black

So maybe this sounds like I’m running out of ideas. But trust me, it’s just all over the place.

Totally different problem. This is what happens when you try to advise others without any relevant experience or ideas.

So Orange is the New Black is a great show. So why not dress up as the inmates of Litchfield Penitentiary. And have a whale of a time or something. All you need is an orange jumpsuit. Maybe name tags? And attitude.

So maybe I am running out of ideas. But this one could be fun. Nothing of note has come out recently related to this IP. You’ll be unique if a little ignored.

One among you would have to dress up as the patriarch of a prehistoric family. Mr. Fred Flintstone, the man with heels of steel. You get to wear prehistoric factory worker chic.

Then there’s Wilma. The dutiful wife. Ooh, I feel like I’m on a minefield.

The best friends, kind to a fault, Barney and Betty Rubble. Gotta love the stone-age puns.

Then maybe a purple dino costume to round out this forgotten gem of a family. Next up, The Jetsons.

Sticking with family Halloween costumes, the Addams family. I can’t think of a better fit for the hosts of the Halloween party. It’s a match made in heaven.

The matriarch easily gets the best look. Followed by Wednesday. Pugsley is easy.

I wouldn’t even know where to begin for cousin It. What compels a person to wear that for an entire evening, or even add it to the cart?

A black trenchcoat would do for my favorite, Uncle Fester. Lurch is Frankenstein. Boom. Great ideas.

Gomez and Morticia can always be used separately as couple costumes for when you’re visiting.

That’s right, the many looks of Johnny Depp, as a group!

Heck, even his look from Black Mass is an option. And that was supposed to be a serious drama.

You better get some face paint if you opt for this.

Option numero uno would be the Mad Hatter. Because it’s recent, and there are more options.

Then you can go way back and dress up as Edward Scissorhands. The man with … scissors for hands. And a terrible backstory. Any kind of leather overalls should do.

There’s Jack sparrow, obviously. Well, less obvious now, he used to be really popular a while back.

Willy Wonka. Classic. Remake of a classic rather. I’m getting only the classic look though.

Wear a white suit, white trousers, stick on a pencil mustache and slick back your hair. Now you have Ed Wood on the team.

Now, hear me out. This has nothing to do with the upcoming remake starring Emma Stone.

Cruella has always had an excellent Halloween look. But the rest of the group will wear Dalmatian costumes.

Do you know who else wears Dalmatian costumes? God in the AMC show Preacher. Now 2 episodes away from the end of its run.

Mind blown? It would’ve been if you’d watched Preacher. The tough part is finding a suitably suggestive Dalmatian costume.

Now if titles are merely road-signs that we can choose to ignore, we can dabble a bit in anime.

Or to remain movie-themed, I can quote this monstrosity that was a movie.

But it’s the manga and anime we’re looking at for inspiration. A huge phenomenon when the anime debuted back in 2013, it might have lost a bit of momentum now.

But it is still a kickass show and worth following when season 4 hits streaming services next year.

The uniforms of the Survey Corps has also been a big hit at all the major cons. Exactly what you look for in a group costume.

The show takes place in a world where humanity has been reduced to a tiny population that seeks refuge behind three concentric walls.

The cause for this calamity is hordes of Titans. Towering, creepy mofos that crunch, bite, chew and swallow humans on site.

The story kicks off when the outer wall is breached by a couple of extra-special Titans. And our protagonists are forced to join the Survey Corps. An elite fighting unit whose sole purpose is battling Titans while traveling beyond the wall.

Though you can dress up as the protagonists, Eren and Mikasa, true belonging has been found when putting on the Wings of Freedom jacket.

A sign of humanity’s fight against the endless Titan horde. Add to that a green cloak for expeditions beyond the wall.

Then there is the vertical maneuvering equipment, and buying that can be tricky. The pricing is quite steep, and most likely will disappoint you to some degree, unless you’re getting some really pricey props.

Though the show starts off quite formulaic, balls-out-fun, great shouty moments, great build-up and greater pay-offs, it quickly morphs and turns into something that I can safely say no one saw coming when it started.

The direction it takes is quite shocking, and controversial in some cases. But the almost patented way it gets you to scream and shout for the protagonists, especially a certain Captain Levi, is pure Anime nirvana.

Be sure to check the show out if you haven’t already. Season 1 is the most formulaic. Designed purely for the purpose of getting you pumped every 4 episodes, with balls-to-the-wall action and appropriate music. It also does a superb job of world-building.

Season 2 is when it starts settling down and starts introducing you to the story elements more. More characters are fleshed out and you get a clearer look at the backstory that the creator, Hajime Isayama, had hidden from us so far.

Season 3 goes further into the story and the action is less of a focus. You get the feeling he gave us traditional anime at the start to reel us in, to get you invested in the actual story.

I for one was glad about this decision. The way some of the side characters become the driving force of the story is sheer writing brilliance.

But back to the costume, yeah, it’s kinda popular. And it’s a big fandom and you will be in good company.

That’s the list for now. Hopefully, there were some good ideas.

I definitely hope there were some unexpected ones.

I’m not confident these were great. I like to think of these list posts as works in progress.